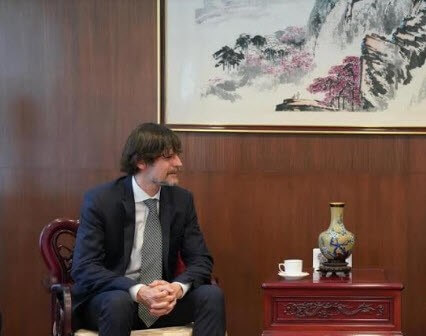 Sabino Vaca Narvaja, Argentina’s current ambassador to the People’s Republic of China, stated at the China Mining fair that the Argentine government’s objective is for the country “to have its own mining model, with clear rules, predictability and legal security for large long-term investments from China.” In turn, at an event held in the Chinese city of Tianjin, the ambassador stated that “Our government conceives mining as an activity that must always place the people at the center, contributing to satisfy the needs of the present without compromising the possibilities of future generations. We firmly believe in the need for a balance between economic development, care for the environment, and the rational use of our natural resources.”

Mining is a high-risk activity that requires long-term planning. The ambassador assures that the government is aware of this and stated that “the most important thing for this sector is to provide certainty and clear rules,” and to this end it is working “through concrete measures to support investments, such as the Regime for the Promotion of Large Investments in the sector.”

Chinese companies have invested $2.618 billion in the Argentine mining industry since 2020, while M&A announcements involving the country’s capital in the sector totaled $1.756 billion, reflecting the growing relevance of local activity for lithium and metals projects in advanced stages of development.