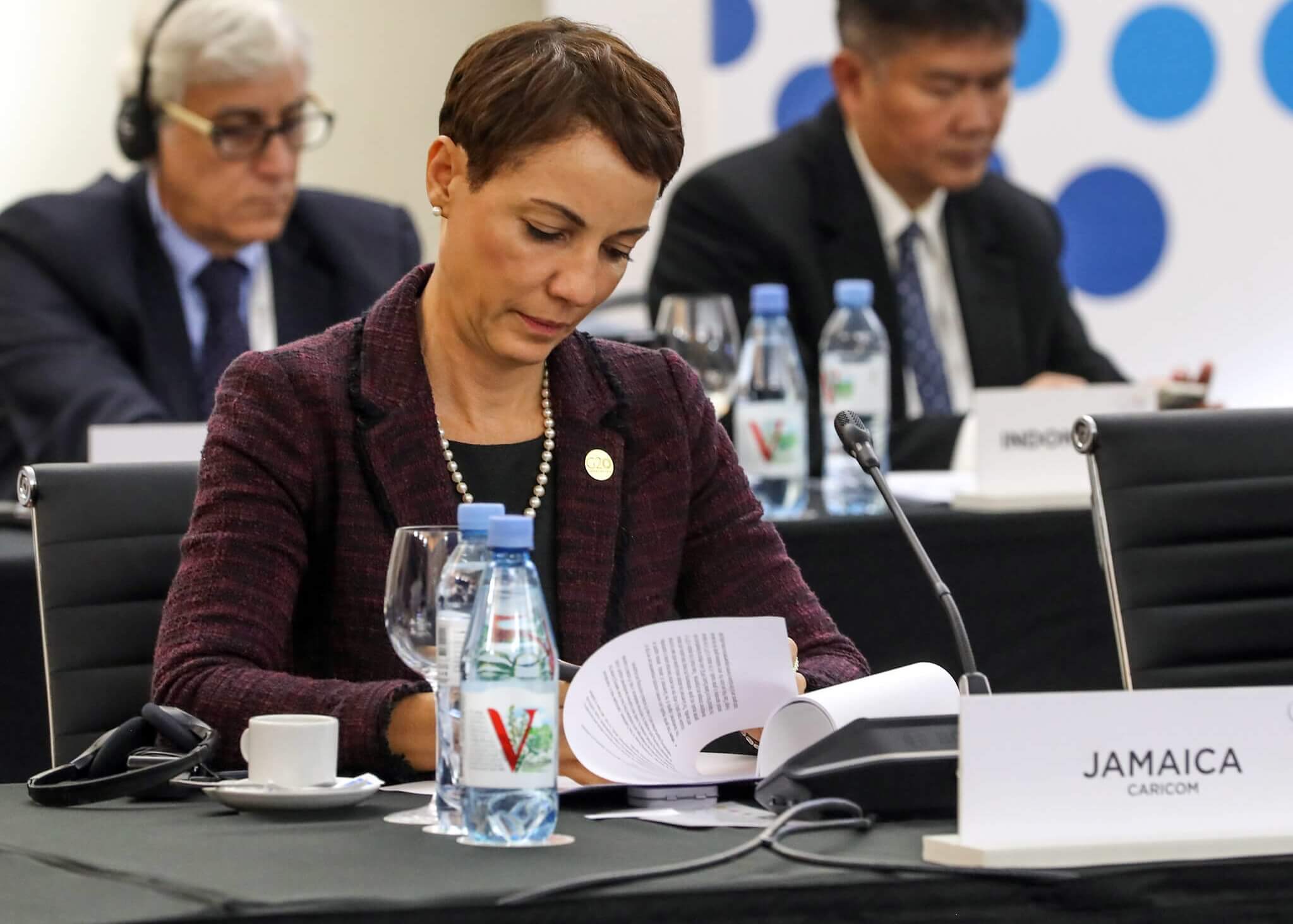 The new headquarters of the Ministry of Foreign Affairs and Foreign Trade, officially named “The Hugh Lawson Shearer Building,” was inaugurated on January 19 in honor of the late former first foreign minister of Jamaica, who held the post from 1967 to 1972. He served simultaneously as Minister of Defense and Foreign Affairs. Lawson was the longest-serving foreign minister in the country, where he excelled in representing Jamaica’s interests.

Meanwhile, the current minister, Johnson Smith, expressed her gratitude to the People’s Republic of China and all the stakeholders who were involved in the running of the project, while the building was constructed by the Chinese company, Jiangsu Jiangdu Construction Group Company Limited. Jamaican Prime Minister Andrew Holness also noted the importance of the project as Hugh Lawson Shearer’s service and contributions, backed by his personal and professional attributes, made him an exemplary figure for the Caribbean country’s foreign policy and relations. The ambassador of the People’s Republic of China, Tian Qi, said that the building represents a new milestone in Kingston and a new symbol of friendship between China and Jamaica.