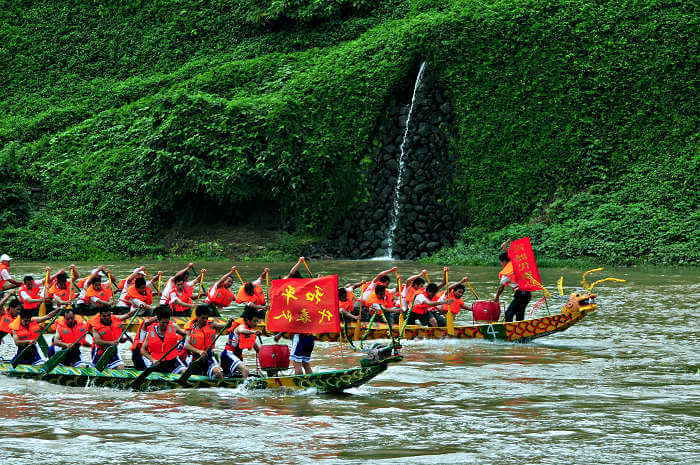 Dragon boat racing is a traditional Chinese sport in which several teams compete against each other in racing boats. This sport found its way to Panama and the Dragon Boat Race was held in Amador, a neighborhood located in Panama City, on October 22 and 23. More than 400 athletes divided into 30 teams took part. The categories for the competition were: collegiate, youth, mixed, open female, masters, and cancer survivors. So far, Brazil, Puerto Rico, Colombia, Argentina, Chile, United States, Bahamas and Trinidad and Tobago have confirmed their participation in the championship.

Li Wuji, counselor of the embassy of the People’s Republic of China in Panama, highlighted the role of this initiative by emphasizing the cultural value and preservation involved in the celebration of this sporting event. Fermin Chan -president of the Panamanian Chinese Cultural Center- affirmed that the realization of this fifth edition of the Dragon Boat Race has grown significantly, bringing with it favorable implications for the country.