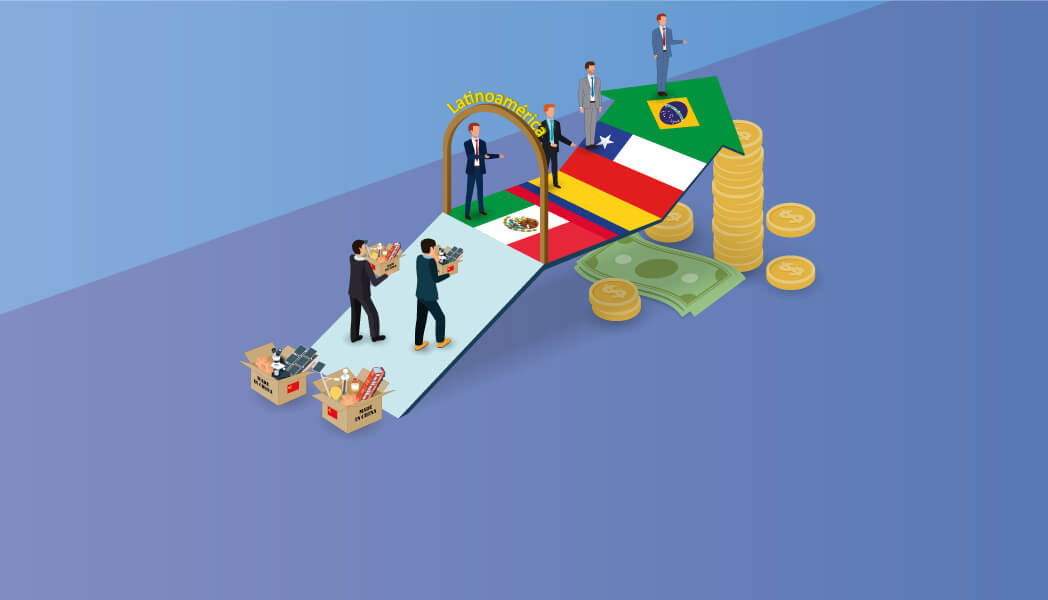 Economic and political ties between the People’s Republic of China (PRC) and Latin America and the Caribbean (LAC) have significantly strengthened over the last decade. China has become either the first or second-largest trading partner of most countries in the region, government-to-government exchanges are ever more common, Chinese investments have diversified, and China is increasingly more present at regional forums and institutions such as CELAC and the Development Bank of Latin America (CAF).  Moreover, it is highly likely that the Covid-19 pandemic has served to intensify these ties and improve the region’s perception of China.

Throughout the developed world, particularly in the United States, perceptions of China have worsened significantly in the wake of the pandemic.  According to a survey conducted in late 2020 by the Pew Research Center aimed at assessing China’s image in 12 countries of the Global North –Australia, Canada, France, Germany, Italy, Japan, the Netherlands, South Korea, Spain, Sweden, the United Kingdom, and the United States—on average 73% of respondents had a negative opinion of China.  The rise in unfavorable opinions comes amid widespread Western criticism of how China has handled the pandemic. However, the story appears to be quite different in the Global South and particularly in LAC.  Although no surveys have been conducted on how China is perceived in the region, there are several indicators that point to an increase in China’s overall standing.

To begin with, the Chinese government, in tandem with the pharmaceuticals Sinovac, Sinopharm, and Cansino, has implemented a massive campaign to sell vaccines to the region.  Outside the Asia Pacific, LAC is the region that has had the most access to Chinese vaccine purchases.  Of the 1.5 billion Chinese vaccines sold globally, approximately 390 million have gone to LAC.  This goes hand in hand with the difficult and scarce access in 2020 by Latin American countries to vaccines produced in the West, a fact that has been reverberated by Chinese official media to promote China’s solidarity with the developing world as opposed to an “indifferent and selfish” West.

It is worth noting that most Chinese vaccines distributed in LAC were purchased; only 3 million doses have been donated.  For its part, the U.S., which was practically absent in terms of the sale and donations of vaccines in 2020, has donated 40 million vaccines to LAC since Joseph Biden assumed the presidency.  Despite the marked difference in donations, it was not the U.S.—nor the European Union—but China that emerged as the one country with the production capacity and willingness to provide masks, medical supplies, and vaccines throughout the first year of the pandemic. China’s proactive approach in the midst of the pandemic left an indelible impression on LAC governments and their citizens.

There is no doubt that the big winner of China’s so-called “vaccine diplomacy” in LAC has been its pharmaceutical industry, benefiting the region in the process.  Last February, the Butantan Institute of Sao Paolo, which developed together with Sinovac a massive clinical trial in Brazil, signed a contract with the country’s Ministry of Health and Sinovac to produce 100 million doses of the vaccine. The agreement includes technological transfer from Sinovac, which allows the Butantan Institute to manufacture the drug directly in the country without the need to import components from China.

Similarly, in August, Sinovac announced that it will install a vaccine manufacturing plant in Chile with the capacity to produce around 60 million doses per year.  In addition to the Covid-19 vaccine, the plant will also produce doses for influenza and hepatitis, products that will also be exported to other countries in the region.  The project, which will require a total investment of US$60 million by Sinovac, also includes the installation of a pharmaceutical innovation and development center.  The plant will be ready in the first semester of 2022.

Colombia is another country that signed an important agreement with Sinovac.  The memorandum of understanding signed in August 2021 between the Colombian government and Sinovac is divided into three stages.  The first involves the packaging and filling of vaccines by importing the components from China.  The second stage, to be developed in two years, includes the local production of vaccines for Covid-19 and other diseases through a public-private partnership.  The third and final stage involves joint work between Colombian research centers and the Ministry of Science, Technology and Innovation with Sinovac for the study and development of vaccines.

China’s successful outreach through its pharmaceutical industry is but one aspect of an overall economic framework that has gained traction in LAC.  Despite the economic contraction of 2020—China’s outward foreign direct investment (OFDI) in LAC plummeted 33.8%—there was still a massive increase in employment generation.  According to the Monitor of Chinese OFDI in Latin America and the Caribbean, in 2020 Chinese OFDI generated more than 173,000 jobs, representing a 357.7% increase over 2019.  Companies such as Didi, Huawei, and Xiaomi, all companies that offer technological services, have established offices in several LAC countries and have become recognized brands that rival their Western counterparts.  Given the unpredictable effects of the pandemic on global labor dynamics, an increase in public and social perception given the employment generation of Chinese investments in the region could well signal a major structural shift of investments into the service and technological sectors.

It is still too early to assess the political, economic, and social ramifications of Covid-19 in LAC and how they will affect Sino-Latin American relations.  Among other things, a change of tone in the U.S. towards the promotion of investment and financing in LAC to counteract the growing influence of China cannot be ruled out.  Additionally, the region is still inoculating its population against Covid-19, a process that will last at least another year in a best-case scenario.  All in all, regardless of how the US reacts to China’s growing footprint in the region—or the other Western countries for that matter—China’s proactive approach towards the region amid the pandemic appears to have improved China’s image and how it is perceived in the region.