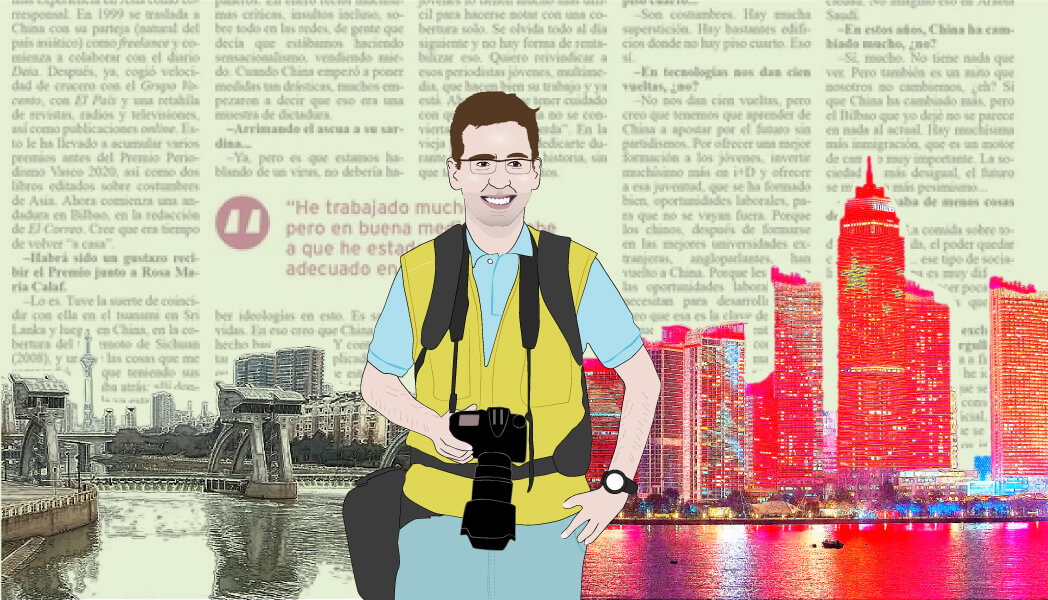 Episode in Spanish – In episode 12 of the Silk & Coffee podcast, Parsifal talks with the Spanish journalist Zigor Aldama. Based in China from 1999 to 2020, Zigor worked as the Asia correspondent for Spanish media such as El País, El Diario, and El Confidencial. He was a regular contributor to the South China Morning Post in Hong Kong, the Republic in Italy, and the magazine Asian Geographic in Singapore. He also worked on specific projects for The Telegraph in the UK, CNN, the BBC, and Al Jazeera. He currently works as a journalist for the economics section of the newspaper El Correo in Spain.

The conversation begins with Zigor reminiscing about his arrival in China in 1999 and what motivated him to develop as a journalist in the country. He continues to delve into the evolution of foreign journalism in China, the polarization around China in the Western media, and the advantages of being a Spanish journalist in comparison to his colleagues from English-speaking countries. He warns that we find ourselves in a clash of visions and realities about China, a factor that impacts how foreign journalists cover the country. Aldama underlines that one of the reasons why he decided to leave China was because of growing hostility towards foreign journalists in the country.