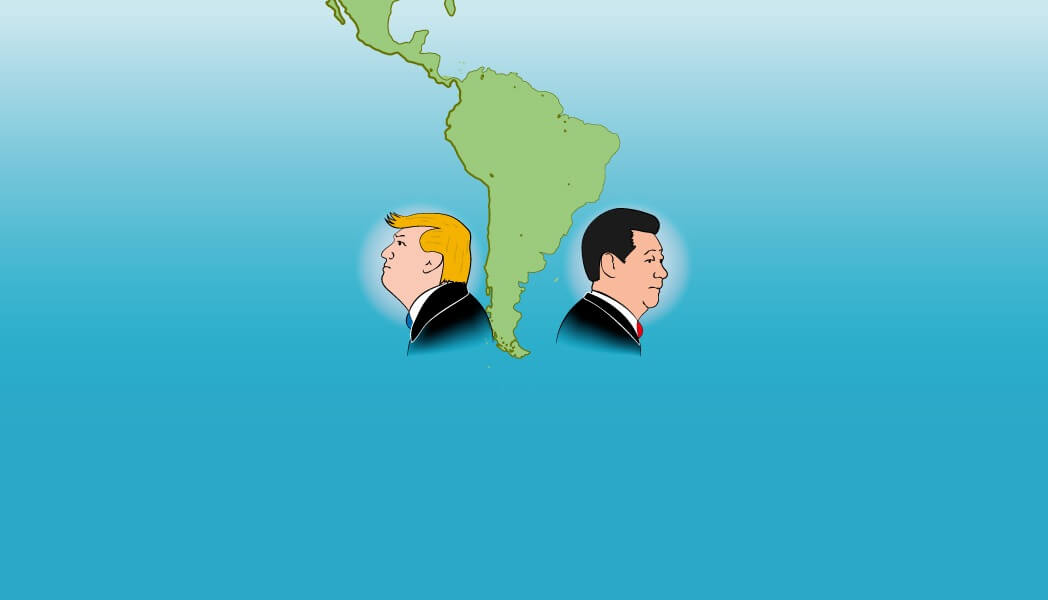 The growing tensions between the United States and China will undoubtedly have an impact on Latin America and the Caribbean (LAC). On the one hand, LAC represents an enormous opportunity for China on many fronts: new markets, financing opportunities, infrastructure development, diversification of energy sources, among many other areas of cooperation. On the other hand, LAC and the United States are united by cultural, economic, and political ties. All these factors will play a role in the triangular relationship between the countries of the region, China, and the United States. In that sense, it is important to understand how the United States views the dynamics of the Sino-Latin American relationship.

The interview was conducted in July 2020.

“Increasing polarization between the U.S. and China will make those partners most economically tied to the United States more reluctant to openly pursue deals with the PRC, although most will assert a moral equivalence between the U.S. and the PRC as great power competitors and seek to benefit from both“

Given the growing friction between the United States and China, how does this affect Latin America’s relationship with both countries?

The United States is not trying to force governments of the region to “choose” between the PRC and the United States.  In the interdependent global economy, attempting to “block” countries from maintaining political, commercial, and cultural relations with the PRC is both unrealistic and counterproductive to U.S. relations with the region.  The current escalation of tensions between Washington and Beijing has not altered the fundamental U.S. posture to press both the PRC and those with whom it interacts, to conduct engagements within a context of transparency, a level playing field and rule-of-law.  Because conditions in the region directly affect the U.S. through commerce, migration flows, and security dynamics such as organized crime, the U.S. has a vested interest in preventing the evolution of a region in which Chinese companies dominate critical economic sectors primarily for their benefit, undermining not the development and well-being of the country, and with time, its autonomy to speak critically of China, restrict its companies, or take other actions counter to the PRC/s interests.

Latin American politicians and businessmen, for their part, have long looked distrustfully at the PRC government and its businesses, even while hoping to benefit from PRC loans, investments, and trade.  Increasing polarization between the U.S. and China will make those partners most economically tied to the United States more reluctant to openly pursue deals with the PRC, although most will assert a moral equivalence between the U.S. and the PRC as great power competitors and seek to benefit from both.  Those ideologically sympathetic to Washington will seize on U.S. statements about how PRC actions worsened the COVID-19 pandemic, although the U.S. government sometimes overestimates its ability to shape thinking in the region through its messaging.  Ironically, heavy handed attempts by PRC diplomats to shape the COVID-19 narrative, and the insults against U.S. leaders such as Secretary of State Pompeo by China’s new “Wolf Warrior” diplomats may contribute more than Washington’s own messages in souring Latin America toward China.

Beyond rhetoric, the likely continuation of the U.S.-PRC trade dispute may increase opportunities for governments such as Brazil to sell more foodstuffs to the Chinese market.

Reciprocally, hostility from the U.S. may decrease Chinese incentives for restraint in pursuing strategic objectives in the region, to include military and security cooperation, as well as being less cautious in providing significant economic packages for leftist governments weathering the COVID-19 crisis, to include Argentina, Mexico, or Bolivia if the MAS returns to power in the country’s postponed Presidential elections.

Ultimately, the opportunity arising out of the crisis for Chinese companies to expand their commercial presence in the region, filling in for bankrupted Western firms in supply chains, or buying up the assets of multinationals selling off assets in the region, may do more to shape its relationship with the region than the escalation of US-PRC tension.  In the process, however, that tension will probably cause the U.S. government to look at such commercial advances with even greater alarm.

The current US Administration is one of the main allies of Venezuela’s Interim Government. In the context of COVID-19, will the Venezuelan crisis become a greater geopolitical issue between the United States and China?

Some sources of US-China tension will likely arise from the response of the de facto Maduro regime to COVID-19 and the related economic and political crisis, but on balance, the likely catastrophic effects of the pandemic on Venezuela and its neighbors may prevent the country from becoming a more significant point of contention between the U.S. and China.

On one hand, the PRC continuing support for Maduro, including the involvement of Chinese companies through the Mahan Air flights in helping Maduro restore some petroleum refining, could reinforce US-China tensions.   The escalation of the crisis in Venezuela and the continuation of the Maduro regime will clearly increase the importance for the U.S., of Chinese cooperation.  Continuing Chinese medical aid to Maduro may be an irritant, but probably not a significant point of contention.

On the other hand, the likely escalation of the Venezuelan crisis will probably increase Venezuelan caution.  return of tens of thousands of Venezuelans return from Colombia and other parts of the region with high COVID-19 infection rates is likely to dramatically escalate the public health and economic crisis, increasing PRC caution in providing major new loans to the country, particularly those that would require Chinese companies and their personnel to deploy there.   To the extent the crisis drives a new exodus of desperate, infected Venezuelans from the country, alarming its neighbors, the PRC is likely to become even more cautious, and could even play a helpful role.  It might, under such circumstances, support the humanitarian response of those neighbors, or work with the Maduro regime to alleviate the pressure on those neighbors by meeting the medical needs of displaced Venezuelans inside the country.

Assuming Sino-US relations continue to deteriorate, in a post-COVID-19 scenario, is there a possibility that Latin American countries are put in a position where they have to choose sides?

Neither the United States nor China, to date, have overtly obligated governments in the region to “chose.”  All, save for the most ideological of such governments on both the right and left, would arguably prefer to reap benefits from both partners to the maximum extent possible.  President Nayib Bukele in El Salvador, for example, sought to curry U.S. favor by cooperating with the Trump Administration on immigration and Venezuela policy, then traveled to China to finalize a deal for $500 million in assistance.

Such attempted “balancing” notwithstanding, the individual choices by each government in the region will have consequences.  A commitment to contract with the Chinese firm Huawei for 5G and other telecommunication architectures, for example, could limit the ability of the U.S. to share sensitive intelligence with the partner.  An award of a major public works contract to a Chinese firm in a suspiciously non-transparent transaction could lead to U.S. visa restrictions against the individuals involved, or other types of action.

For its part, the PRC has used its economic influence to intimidate governments from saying or doing certain things contrary to PRC interests.  When Australia’s government expressed interest in investigating the origins of COVID-19, consistent with the U.S. public discourse on the topic, for example, Chinese government officials indirectly threatened a Chinee boycott of that country’s products.  Similarly, when Canada arrested Huawei Chief Financial Officer Meng Wanzhou for extradition to the United States, the Chinese detained two senior Canadians in the PRC, Michael Spavor and Michael Kovrig, on espionage charges.

Ultimately, escalating U.S.-China tensions will probably increase the degree to which governments already politically disposed to ally with the U.S., or against it, adopt a pro-U.S., or reciprocally, pro-China posture.  The result will, however, be a spectrum, rather than two clearly aligned blocks.